Join Us on Discord

The History of Aircraft Sketch Shooter

The Founder of Stusse Games used this project to improve his Skills in Unity and Programming over the Years.

Through the time passing, priorities Changing and new Ideas coming up, the Game Aircraft Sketch Shooter covered with Dust, always was picked up from Time to TIme to test The Founders Improvements in Game Design to create a Good Game.

In January 2020 The Founder of Stusse Games was suffering now from learning almost 4 Years Programming and Game Design. Many Games have been created, but nothing that really was worth to share. So He decided to took a step back from everything.

In May 2020 there was time for a Decision, Continue with Game Design or doing App Programming, Software Programming , Web Design and other Stuff based around Computers and Software. Now he was thinking about different things, what is the most advanced Game in the pocket, what has the best design pattern, which Game can be finished in a good Time?

In This Video the Boss of todays Airfield 4 was finished.

This Video is from July 2018, When the Game just was started.
We never Plan to Release the Game at this Time, it was just for Learning things and trying different things in Game Development.

It was now May 2020, The Project Files of Aircraft Sketch Shooter were Changed the last time on 30.06.2019 aswell as the last playable Build

So this was it, Stusse Games decided now, with the Unique Style of Aircraft Sketch Shooter, to make their first well polished Game.

Captured in May 2020 when Stusse Games decided to Relaunch the Aircraft Sketch Shooter Project.

We decided to use the Unique Style of Aircraft Sketch Shooter to build up our Brand and make simple and good Arcade Games.

So the Game was well Designed already and with the new Programming techniques and Systems that has been created over the Time, it was Time to take Aircraft Sketch Shooter to the next Level.

We decided what kind of futures we need to Add to make the Game really something that looks like a polished Game.

The Original Game was Designed only for 5 Levels. Also the Difficult Systems were weirdly Connected. There was Plenty of Stuff to Change and Create. But Lets first take a Look on the Project Difference from 30.06.2019 to Today

The Project had 73 Scripts

The Game has 5 Levels, 3 Difficult Options, Local Highscore, Non Working Keybinding System, Alot of Aircraft Sprites and Effects. You had 3 Aircrafts you could choose to Play with, The Powerup System were integrated, but the Weapon worked in a compelete Different way.

We Write down all the Features we had and what we wanted to Add.

In Order to make the Game more attractive the Shooting and Weapon System needed to make more Fun.

The Current Quality of the Aircraft Sketches werent that Great, they all needed to be Reworked.

Achievement System was on the List aswell as Online Highscore List to give the Players some sort of Challenge and Reason to play the Game beyond the regular Levels.

For this there must be some Sort of Endless Level, where People can Face an endless and always Changing Environment, which also Leaded us to Integrate Challenges aswell.

To make the Game more attractive we looked for a way to make the Game Look more Interesting and we came up with the Solution that every Player can Choose their own Graphic Style and a Bright and Dark Mode was implemented aswell with different Color Setups for the Game.

The Gameflow needed more Consistency and a solid Time to Complete.

Over the last Couple of Months when we picked up the Game again, we had made alot of Changes and implemented alot of new Stuff.

From Animations to Aircrafts, the Changes are Huge and we hope to bring you soon a well polished Game.

The Project has now 116 Scripts

This is the Change, the Lines of Code doubled, the Size of the Game doubled, Instead of 5 Levels there are now 12 + Challenges. Better Music, Better Visuals, Better Better Better…..

Stay Tuned Guys, we gonna Tell you more about the Story of Aircraft Sketch Shooter, Follow us here and on Twitter to keep Up to Date 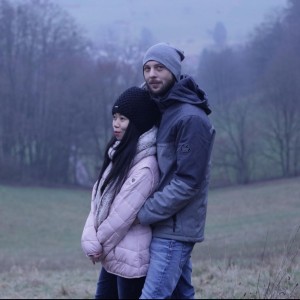 Those approaches and Informations are reflecting my actual Knowledge of CSharp and Advanced Code Design. If you have Suggestions or Feedback, Join our Discord Server or leave a Comment below.

Subscribe to our Newsletter and stay up to Date about updates and upcoming games for Playtesting and more.